It's a whole new paradigm... 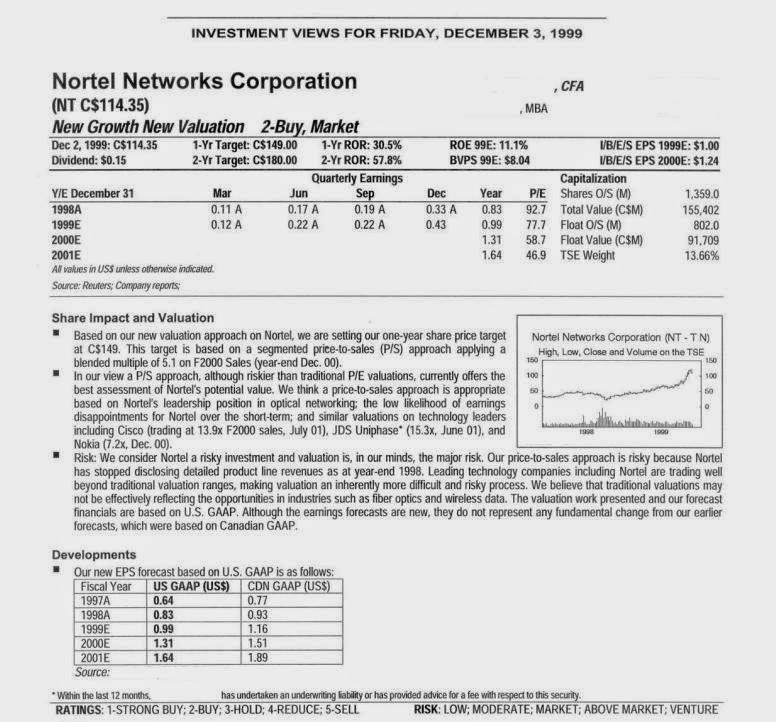 I have a confession to make: I've never met a piece of paper that I didn't like. To the left is a scanned copy of a research report that I've carried with me through a firm change, two office changes and over 14 years of work. I kept the report because as soon as I saw it, I knew it contained the kind of important lesson that one would want to remember for the rest of their career. Now, to be fair it doesn't matter what firm it was, nor who the analyst at the time was. That part is neither here nor there because as most of us who worked during the dot.com days know, this report was more the rule and not the exception. EVERYONE was bullish on technology in December of 1999. Well, not 'everyone' - as you probably can imagine, I was decidedly NOT bullish on tech. Not because I didn't understand the technology because I did, and used it a fair bit. I had my own website in 1993, wrote my own html, and had figured out a way to hook up my cell phone to my laptop to access my dial-up account so I could show clients stock quotes during meetings at their homes. What I didn't understand about tech were the astronomical valuations.

It's funny - when you talk about the dot.com bubble now, people nod their heads and go "yeah yeah, it was a crazy time..", as if by rote. And when you ask them where they worked at the time, you find out they were in grade 11 and weren't actually working through it. For those of you who did work during that time, then you know damned well the 'bubble' tag only came after it popped. Prior to it popping, there was a TON of debating going on about the validity of the run. I know I tried my best to warn people, but in return was told how it was a 'new paradigm' and how I needed to 'think outside the box' - whatever the hell that meant.

With the benefit of 20/20 hindsight we now know that adopting a "Price to sales" model was NOT a better indication of Nortel's value. We also know that a red flag should have been waving when Nortel's management stopped disclosing details about their product line revenues in '98. We should have realized that putting a $180 two year target on a stock with a 92x multiple (and 20% earnings growth) was maybe paying a bit too much.

Why is that relevant now? Well, the S&P is hitting new highs, I'm hearing lots of stories about an economic recovery but haven't seen much in over five years in fact I'd suggest things are starting to slow down again - and.. apparently it is everyone's belief that corporate profit margins are going to stay fat forever.

David Tepper made a great point yesterday - we are getting complacent. It's not a new paradigm, it never is - gravity will apply tomorrow just like it applied 100 years ago.

Outlying statistics ALWAYS mean revert - we don't know when but it's kind of a mathematical law..

just maybe something to kick about in your own head as you enjoy the cool chart I made today with Doc Shiller's great data. 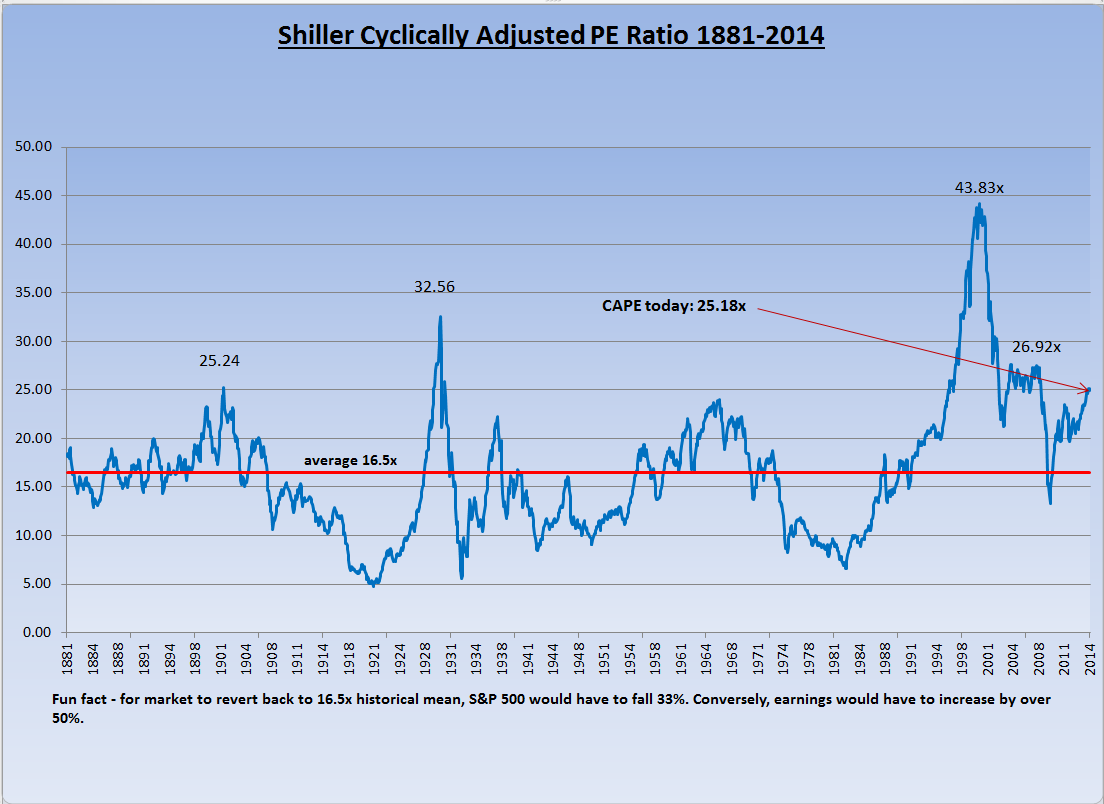