Being mindful of the bigger picture

Just look at those fat stacks, should I grab 'em????

As I have admitted before, I am hard wired to be cautious. While this has certainly kept me out of trouble (mostly..) it has also probably held me back from enjoying one or two big wins over the years as well. As I look back on my career to date, I can see that I tend to identify problems very early on, and my knee jerk reaction is to reduce my exposure to the issue immediately. That being said, what I have also learned over the years is that these problems, can (and do) persist for extended periods of time.

Now I've already gone on a bit of a rant (here) on some of my pet peeves on Keynes' views related to career risk, and the idea above that you just need to always 'go with the flow'. Sure, it might work if I was trading for myself, or my investment mandate was different, but the reality is that I run "other people's money", so I feel it's my duty to be aware of where ANY risks may lie.

While I am certain my approach works best for me (and by extension to my clients), I am certainly not arrogant enough to think that it makes sense for everyone. Obviously different portfolio managers and different clients have unique views on how best to invest and that's great.

One thing that I have noticed over my career (and have spoken about a a fair bit on this blog) is how UNPOPULAR it is to take a bearish view on the market, even when history ultimately proves that it was the prudent and correct move to make.

I marvel at this phenomenon, although it has obviously been the source of much frustration over the last few years as well. Why? Well after correctly calling the crisis in 2007, I continued to promote caution after the rally started and the bailouts began. While the price action of the market has certainly made me look relatively foolish since March 2009, I felt (and continue to feel) that we haven't hit the absolute bottom yet. That being said, I've been reasonably pleased with my calls over the years. What I find amazing is that even as the risks increase and my views continue to be confirmed.. no one cares because of PRICE!

After years of debating, we now accept that the 'recovery' has been anything but: US economic growth, while positive, is the weakest recovery in history, and we are still reliant on the Fed to come to the rescue at the first sign of trouble. So all of those optimistic narratives that we heard over the years relating to "green shoots", "housing recoveries being driven by first time home buyers" etc was wrong.

Interest rates have NOT increased - in fact bond yields are down. Save the crazy movements during the taper tantrum in 2013 (which proved to be a huge buying opportunity if you used McCulley's nominal ISM model like I do..)

The rise of politicial discontent is also something I've discussed in great length - my focus started with the rise of the Golden Dawn party in Greece - but voter discontent certainly rings true given the rise in popularity of Donald Trump and Bernie Sanders as well. 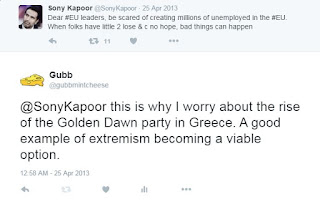 I started talking about the rally in housing in 2012 and suggested it was NOT a signal for recovery driven by first time home buyers and a stronger economy, but rather a function of large institutional and private buyers.. 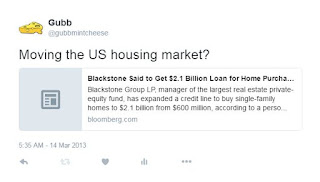 I admitted that I was wrong on the recession call for 2012.. as the negative data got revised away. But was happy to have erred on the side of caution. as I said before - that's how I am wired.

Throughout the rally we weren't seeing anything other than Central Bank support of the stock market. There was no strong GDP growth and no quality increase in earnings. Given I'm a strict value guy who needs fundamentals, this was clearly NOT the market for me.

I was also early in pointing out the massive expansion in multiples.. 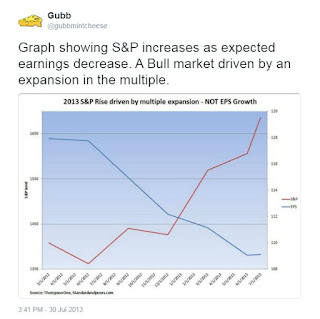 and early in discussing the impact of share buybacks on making earnings per share metrics look better than they actually were (from an organic perspective). 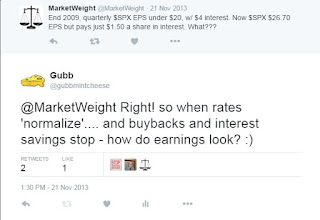 I was also VERY early in talking about income inequality 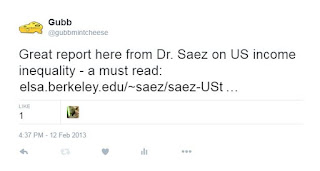 I have been a big believer in lower rates for longer (and therefore a long bond buyer)  this has been a very good move for my clients and I.. although 2013 & the taper tantrum was indeed my worst year EVER versus the market.

I was also very early to realize that Ben Bernanke's "Wealth effect" was a no go, and wouldn't help stimulate the economy..

But - I have certainly made some mistakes - most notably I was very early on gold.. 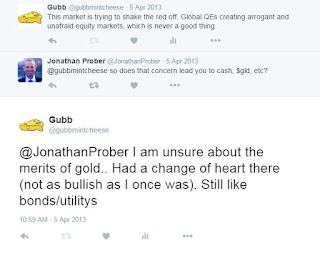 and I did not see this decline in oil coming as that was my hedge against my being wrong on the economic recovery.

I'm human.. and certainly not anything close to perfect.

I write this blog to vent, and to record my thoughts and views so that I can go back and see how I did  where I was right, and where I was wrong. Obviously I am not the only one saying these things, and there have been many who have been earlier in their calls, and far more accurate than I have been. I am certainly not trying to suggest I am the only one who sees this. I am just laying out the risks as I have seen them in the past, and how I see them going forward, because I think that is an important aspect of what I do as a portfolio manager.

As for grabbing that "fat stack" of cash shown at the top of the post..

this is where having a strong idea of the bigger picture will help you decide if it's a good idea or not.