I'll say it until I am blue in the face.. I am NOT smart. I was never a kid who got A's in school, no matter how hard I tried or studied. I think one of my best qualities as a person who works in the financial industry is that I am very curious. I want to understand how things work to the best of my ability. While some are happy to just bob along like a cork in the big market, taking the returns that are given to them - that isn't okay with me. I want to UNDERSTAND the machine so that I have a very good idea of where these returns come from.

If you've been reading me here, or via my twitter account you know I have some major concerns about the market. To save time I won't rehash all of that here, but suffice it to say I don't think all is well out there. 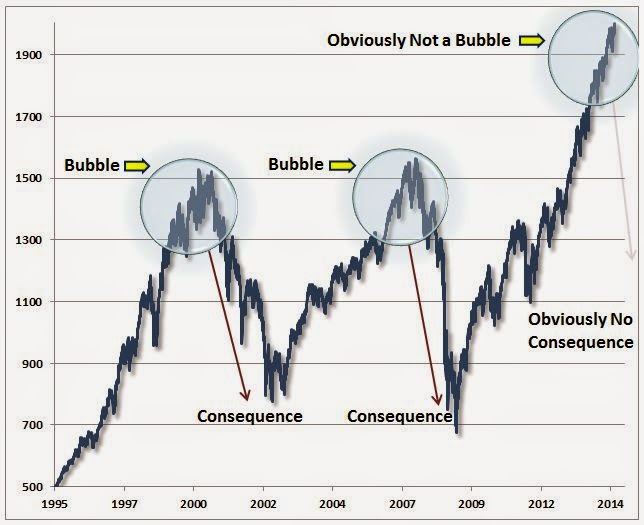 I've seen a lot of charts over the years, but nothing screams "umm.. what?" more than this one. But given my natural inquisitive nature.. I wanted to take a deeper look at this chart to see if there was anything noteworthy under the surface. I mean the run on the S&P 500 from 2009 to today 'could be' justified if earnings, incomes, jobs and GDP growth was running at all time highs.

So I went to the best website on the planet for anything related to US macroeconomics FRED and pulled off the quarterly stats for GDP, Personal Consumption Expenditures and Corporate profits. I then hit Professor Shiller's website to snag the S&P 500 data along with the CAPE info.

I guess some will argue I should use different numbers, or a different base - or that GDP, PCE, EPS and CAPE figures don't matter.. and maybe that's true. It seems that economic fundamentals mean nothing these days.. but I have a very hard time thinking that they don't matter "anymore".

Nothing screamingly obvious here.. but interesting to me none the less. 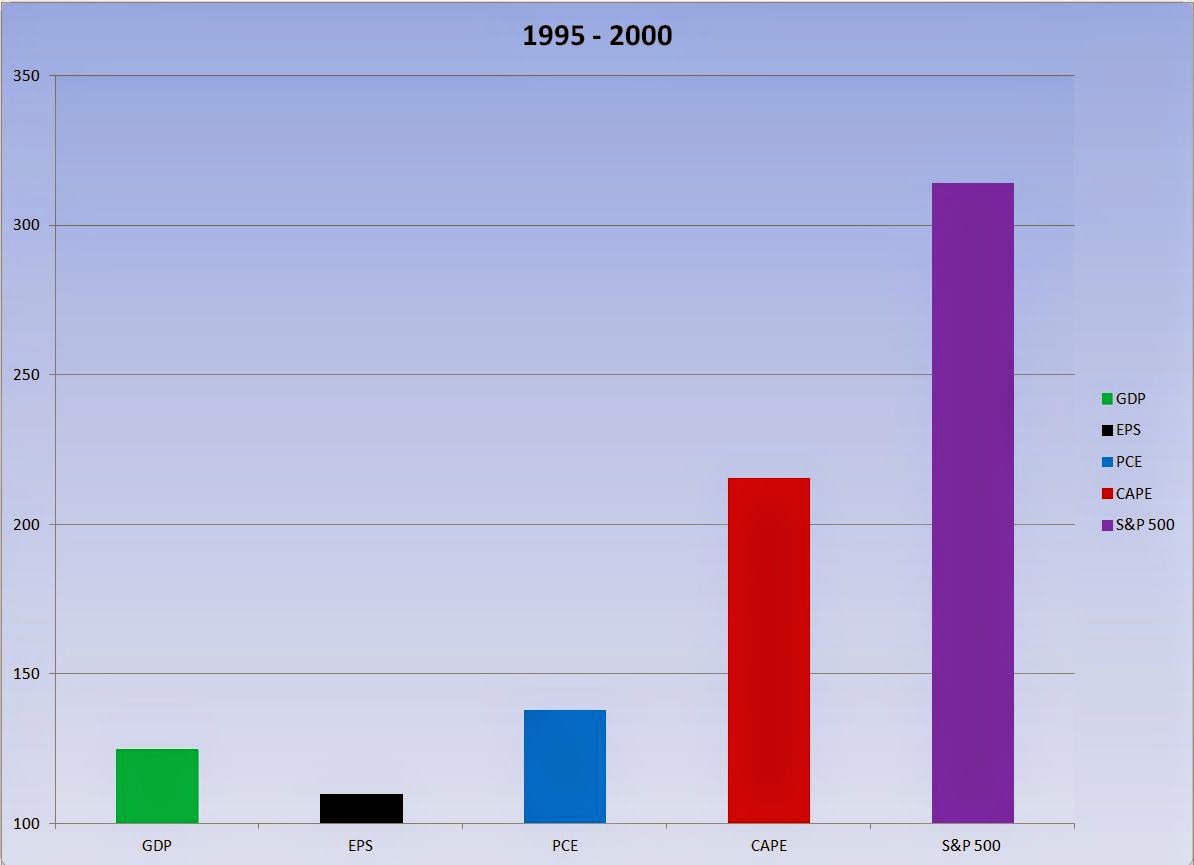 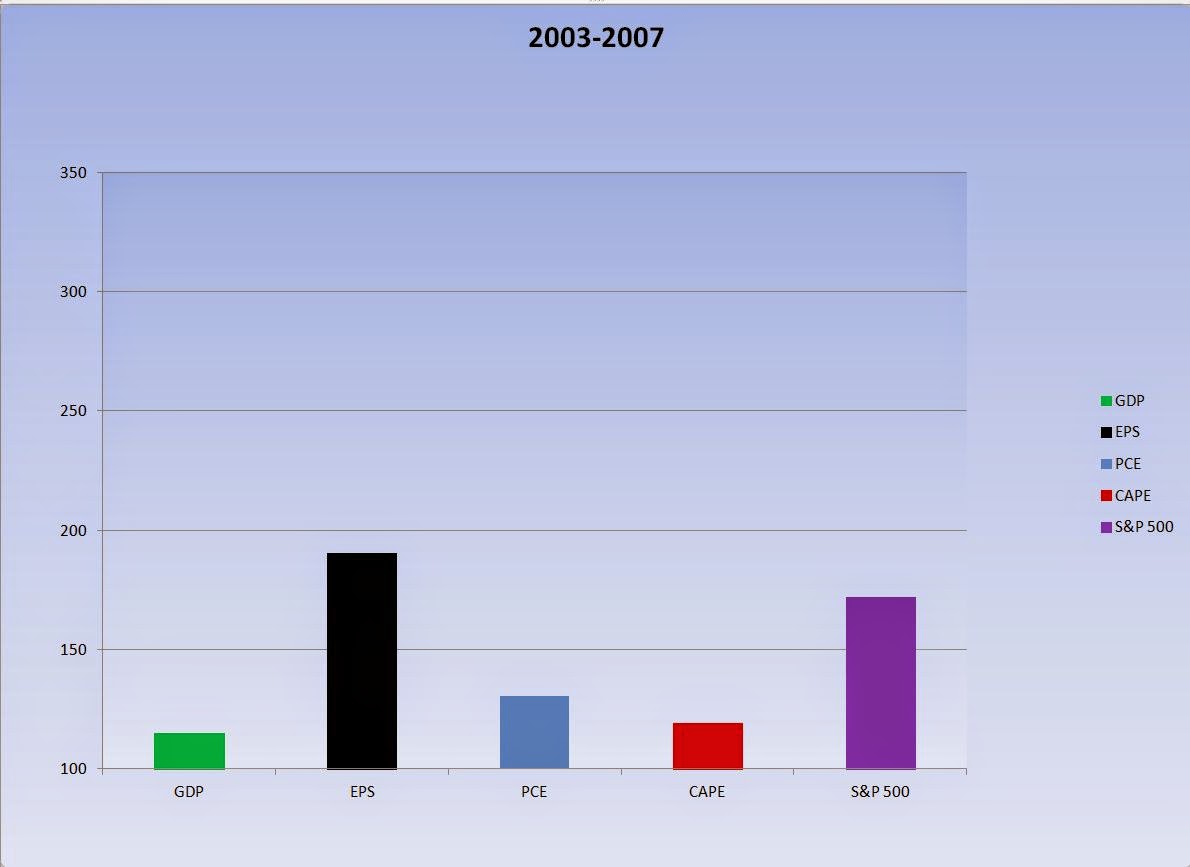 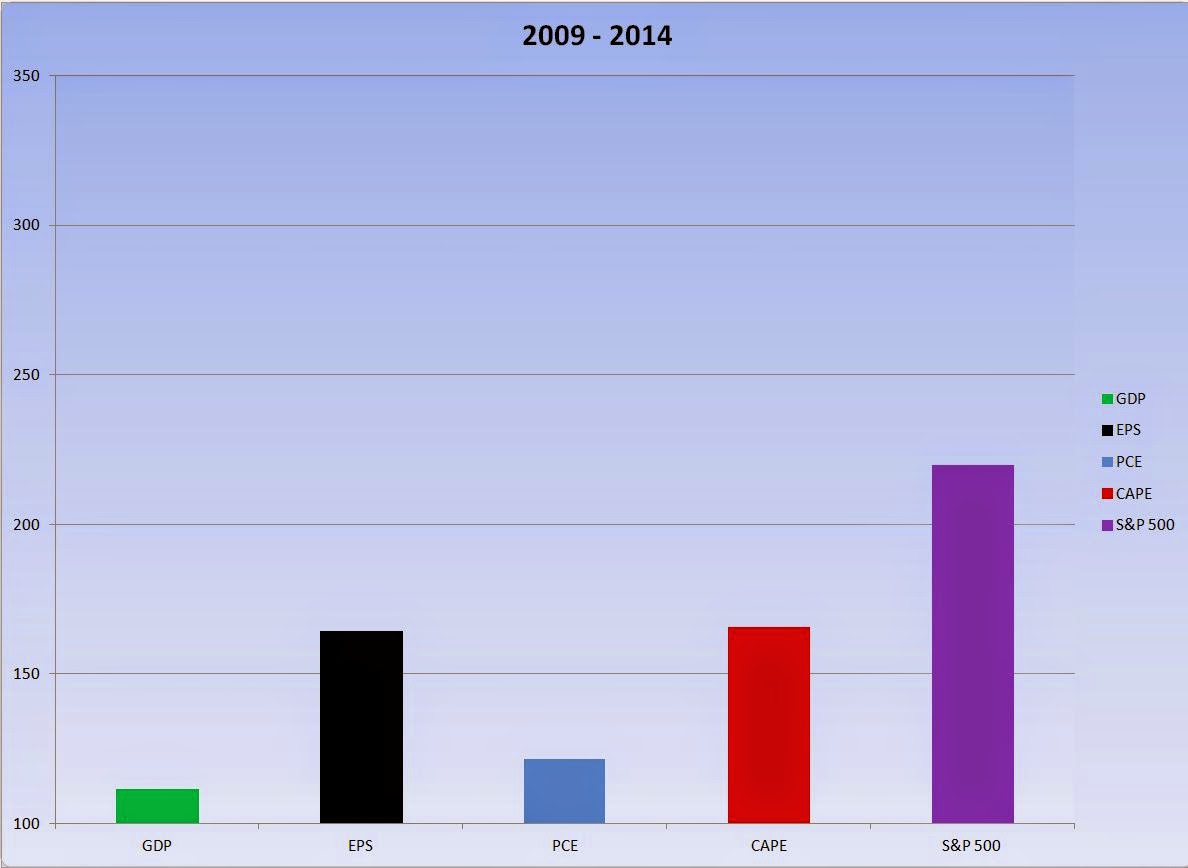 and then I added it to Hussman's original chart.. 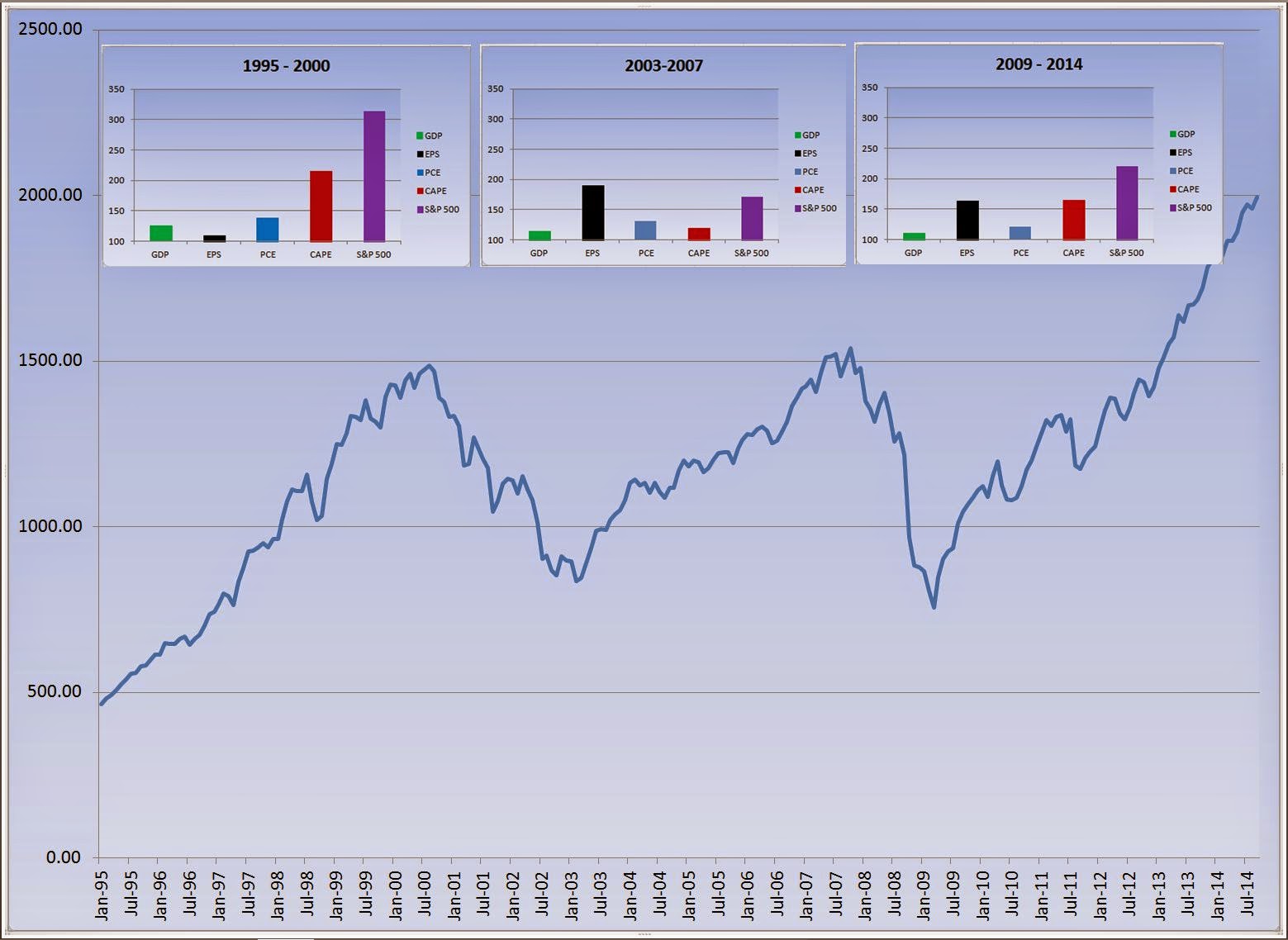 It would be interesting to tear into the EPS data a bit more given the massive increase in share buybacks, and I'm sure there are all sorts of other data points that we could look at in addition to the ones I've picked here. I didn't try to cherry pick anything - instead just wanted to see if there was any major 'thing' that stood out. It does look like GDP and PCE are quite a bit lower than previous bull runs - but who knows.

Anyhow informative or not.. it was fun to play around here. I hope it inspires someone else to dig into this stuff in a bit more detail. Of course you know I tend to be leaning pretty significantly towards this market being a rather large bubble.. but obviously have no idea if or when it will pop.

I guess time will tell.